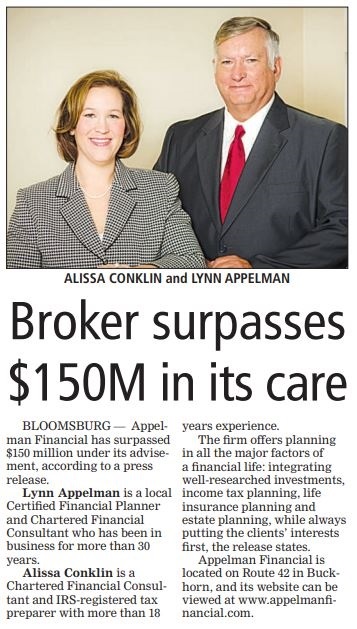 We started off the new year with a press release about Appelman Financial surpassing $150 million under advisement. 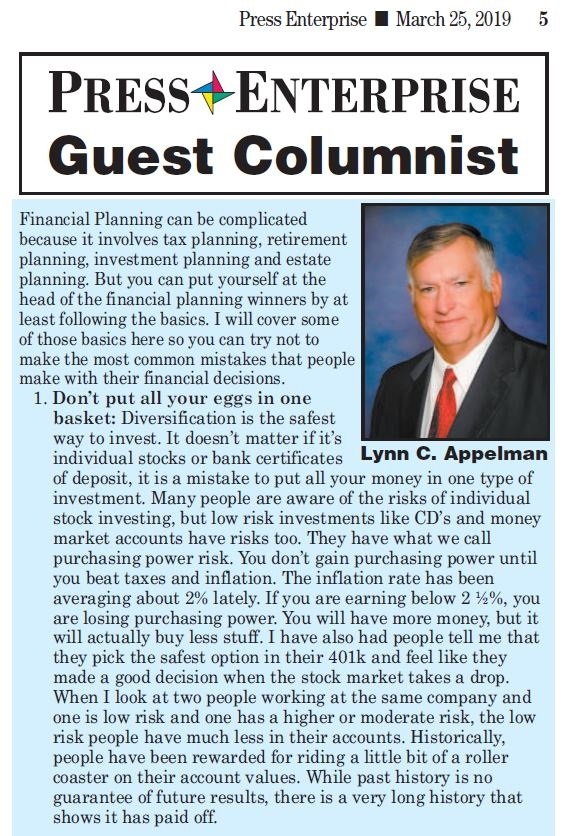 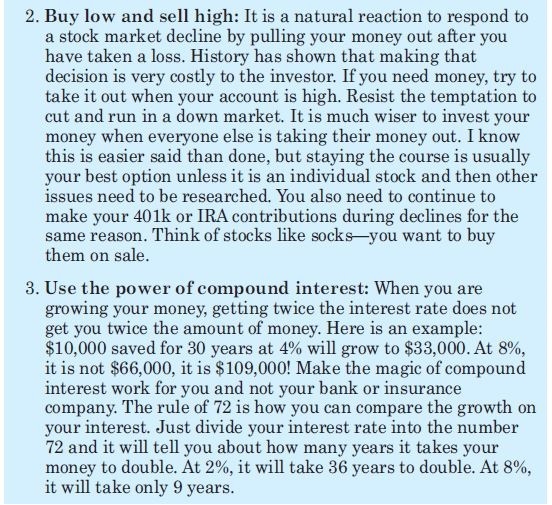 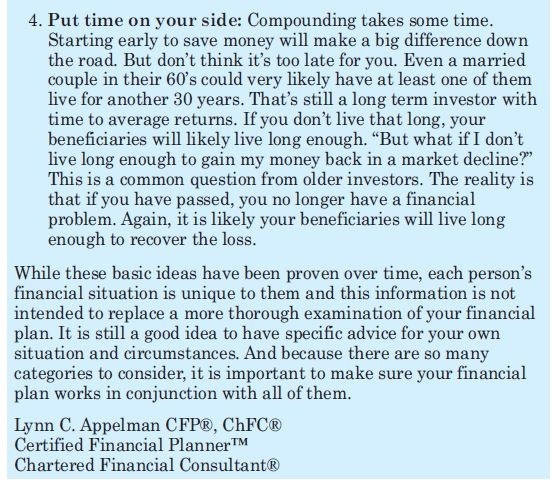 Lynn was asked to be a guest columnist in a financial supplement of the Press Enterprise that ran in March of 2019.  He chose this space to go over some of the  top essentials to know about financial planning. 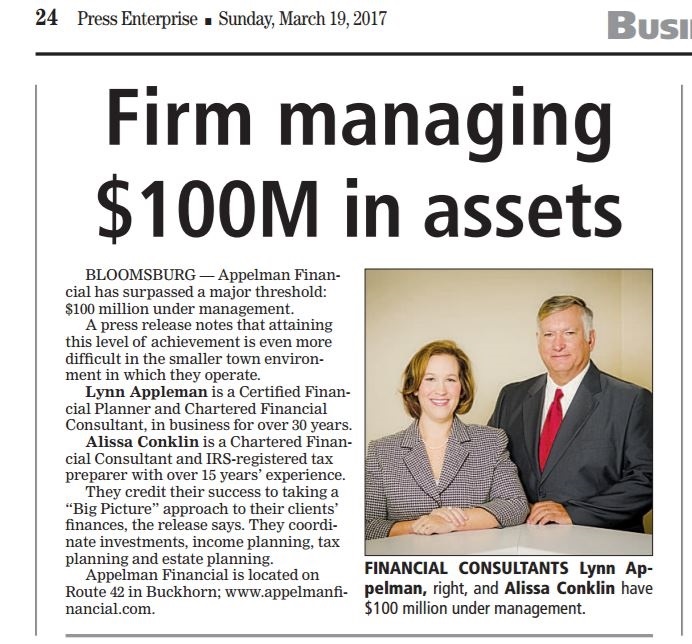 Appelman Financial was pleased to share their milestone of reaching $100 million assets under management in a press release run in the Press Enterprise on March 19, 2017. 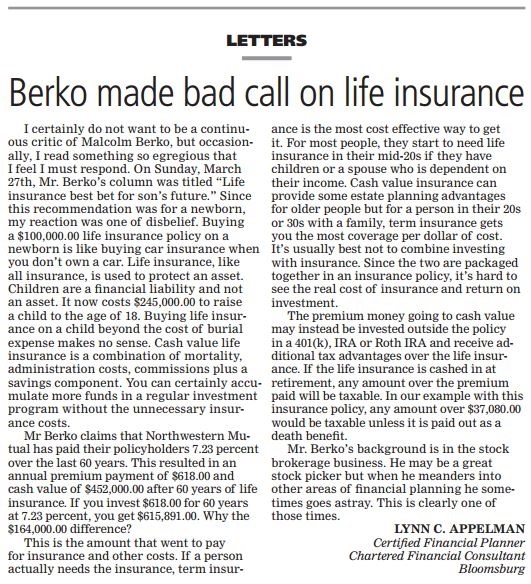 Printed on April 8th, 2016, Lynn wrote another letter to the editor of the Press Enterprise in response to Malcom Berko.  This time the issue was the use of life insurance as an investment. 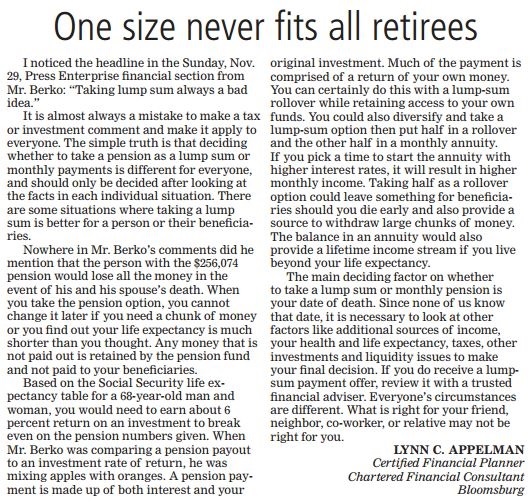 Lynn felt the need to respond to syndicated financial columnist, Malcolm Berko, and here is the Letter to the Editor from the Press Enterprise edition of December 16th, 2015. 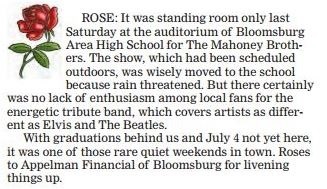 Appelman Financial was honored to receive a rose in the Press Enterprise for hosting the Mahoney Brothers free community concert in June of 2015! 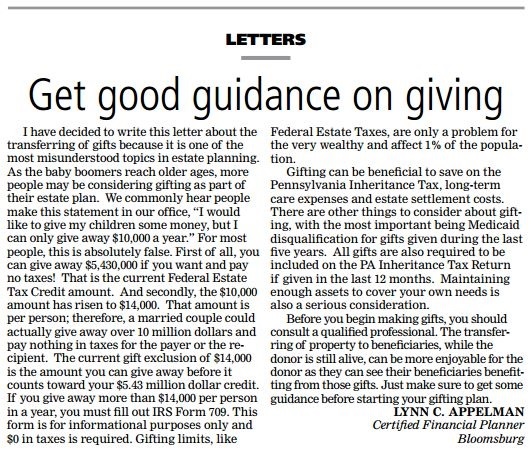 Lynn sent in a Letter to the Editor concerning important gifting particulars as well as some of the misinformation about this practice. Not only is it very pertinent for estate planning, but it was printed in the Press Enterprise on April 22nd, 2015 right around tax time when folks are thinking about such things with financial ramifications.

It is with much pleasure that Appelman Financial announced that Alissa Conklin received her Chartered Financial Consultant® designation. Now both Lynn and Alissa have this prestigious distinction. Here is the press release that ran on December 12th, 2013 in the Press Enterprise. 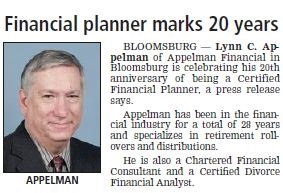 Appelman Financial is proud to acknowledge Lynn's 20th anniversary with his Certified Financial Planner™ designation. This special news item ran in the Press Enterprise on May 30th, 2012.

Our local newspaper published a syndicated columnist who spoke of a worst-case scenario annuity situation. Having many clients who are better able to sleep at night knowing that their money is insured in an annuity policy protected by various riders, Lynn felt compelled to write a rebuttal which was published in the Press Enterprise as a follow-up on July 28th, 2011.

A New Way to Look at Your Bucket List

That big list of dreams and goals isn't the only way to look at your bucket list.

Buying vs. Leasing a Car

Whatever your relationship with your car, it may eventually come time for a new one. Familiarize yourself with your options.

What Our Kids Can Teach us About Saving Money

Would you guess that Millennials are effectively saving for retirement? Well, they are.